From our recent interview, we share how Landlords facing high vacancy can add Coworking Space that Delivers Above-Market Rents.

How? Check out our video below:

Specifically, we know that, per a recent dataset from JLL,  reported by the WSJ more standard leases are scheduled to expire this year — 243M SF worth — than in any previous year on record.

In looking to other data that indicates many companies are experiencing 50% office occupancy, leading to decisions to take smaller footprints in the most modern buildings. This translates to  more than 70% of U.S. office buildings, accounting for 30% of the nation’s inventory and over $1.1T in estimated value, risk becoming functionally obsolete, according to a Zisler Capital Associates report authored by Randall Zisler, as reported by Matthew Rothstein of Bisnow.

Much of that estimated value could have already vanished, and a much lower value could be revealed when loans against those buildings come due, TRD reports. Older buildings in locations out of step with current demographic trends are hemorrhaging tenants, with the capital improvements needed to keep pace likely impossible or cost-prohibitive. That has led to some new valuations less than the price of debt service in parts of New York and Chicago, according to Trepp data reported by TRD.

More solutions can be found by reaching out to us at hello@yes-spaces.com and scheduling a free consultation. 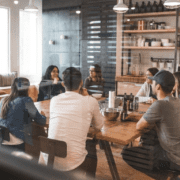 Corporations Transitioning Teams Back to the Office (Part 2 of 2) 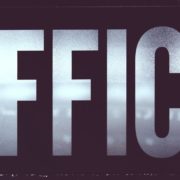 2020 In Focus: The Growth of Coworking and Amenity Space